Ex-alcoholic rocker Christopher Minko seems an unlikely hero. But with a heart of gold and a bag full of nerve, the backing of entertainment giant AEG and the support of legendary singer-songwriter Leonard Cohen, the Australian humanitarian is hoping he can change the fate of Cambodia’s countless land mine and polio victims.

With no connections but a lot of chutzpah, Minko has persuaded one of the biggest touring, entertainment and sporting groups in the world, AEG, to bring superstar musicians to the Cambodian capital, Phnom Penh, to raise funds for the country’s disabled. Called the Mekong Sessions, the first gig, on November 27 this year, features 76-year-old singer-songwriter Leonard Cohen; Bob Dylan is set to play next March.

The challenges are endless. Cambodia is one of the poorest nations in Asia. The indoor arena of the 1960s-era Olympic Stadium, where the concerts will be held, is dilapidated and doesn’t have the sound equipment musicians of this calibre require. Nor are there many personnel with the experience and expertise to organise a stadium concert.

Then there is capacity. The arena can hold only 3500 people. Holding it outdoors would not work; Phnom Penh has only 2500 hotel rooms, most of them $10-a-night guest-houses.

But Australian Christopher Minko is a man on a mission, determined to find a stable source of income for charities working with Cambodia’s 40,000 landmine and 60,000 victims of polio, a disease which was only eradicated here in 2006. Cambodia still has 2 to 3 million undetonated mines, the bitter left-overs of the Khmer Rouge; there is one chon pika, or landmine amputee, per 290 people.

Minko also wants to put Phnom Penh back on the map. Before 1975, when the Khmer Rouge began the reign that killed more than 1.7 million people, Phnom Penh had an extraordinary art and music scene. This leafy city of grand colonial mansions enjoyed a cultural renaissance after independence from the French. Art and music flourished; talented young architects created “New Khmer Architecture”. Psychedelic rock groups played nightly to eager audiences.

“Phnom Penh was amazing once and it can be amazing again,” says Minko. “Yes, AEG are taking a risk, but the Mekong Sessions will be unparalleled, with positives far outweighing any negatives.”

“The city captured my imagination,” says Rob Hallett, the president of AEG Live, who is hoping to bring four international acts a year to the city. “It has such a horrific history but every time I go there people are smiling. As time goes on, the facilities will get better and the number of hotel rooms will increase. Rome wasn’t built in a day. But music is an incredible healer; it has the power to build community.”

Cohen and Dylan are reducing their fees by up to 80 per cent to play in the Mekong Sessions, with the anticipated $US150,000 profits going directly to the Cambodian Red Cross and Minko’s own non-governmental organisation, the Cambodian National Volleyball League for Disabled (CNVLD).

As tickets are priced between $US200 and $US500, the concert is way out of reach for most Cambodians. So Cohen will stage a free concert on November 28 for Cambodians only; 2000 tickets are being distributed to people with a disability, those working in the arts and youth volunteers and the remaining 1500 by raffle.

As a former Zen Buddhist monk whose career has spanned five decades and whose melancholic music has touched the lives of several generations, it seems fitting that Cohen should be staging the first concert in Cambodia, a Theravada Buddhist nation.

Cohen was living in a monastery when Rob Hallett “stalked him until he agreed” to put on another world tour. “Ever since I was a kid I wanted to see Cohen live, and I knew the only way this was going to happen was if I put on the concerts myself,” says Hallett, who is overseeing Cohen’s current world tour, which includes 53 concerts in 45 cities this year, including Melbourne.

For Minko, it is an opportunity to show how corporations are the perfect partners for Third World development.

Born to a Ukrainian Jewish father and German concert pianist mother, Minko grew up with his three brothers in Myrtleford, north-eastern Victoria. Music was in his blood: he played the trumpet in the Victorian Youth Orchestra before, in the 1980s, joining the jazz-rock group Bachelors from Prague and helping to organise the Moomba Goes Musical festival. In between, he spent eight years in Israel and Germany “seeking my roots” and was a founding member of the Melbourne Fringe Festival.

Tired of the Australian arts scene, which he felt had become “shallow, pretentious, with endless marketing and hype and no political or social substance”, Minko moved to Cambodia with AusAID in 1996 as a technical adviser to the Cambodian Disabled People’s Organisation. They were troubled times; the following year, former Khmer Rouge soldier and current prime minister Hun Sen staged a bloody coup, deposing Prince Norodom Ranariddh. But Minko stayed, working as an ambulance driver picking up the mangled bodies of the dead and disabled, developing a deep respect for the needs of the Khmers and repugnance for the international aid world, which he refers to as the “band-aid parasites”.

A single dad (his 16-year-old daughter lives with him in Phnom Penh) and self-confessed alcoholic without a penny to his name but a grant from AusAID, Minko started Cambodia’s first disabled sports team, a volleyball league. They were a motley bunch of prosthetic-limbed farmers and ex-Khmer Rouge soldiers, but Minko trained and cajoled them to third place in the Volleyball for Disabled 2007 World Cup. It was the first time a Cambodian sports team had been placed in an international event, elevating the amputee sportsmen to national superstars.

But this isn’t a straightforward story of triumph over adversity. It is a story of victory and betrayal that features among its colourful characters a lot of guns, some brave nuns and a deceitful Cambodian minister who stole $US250,000 donated to the volleyball team after the World Cup. Written into a film script called By the Rivers Dark, by American journalist Christopher Cox, the story is currently being hawked around Hollywood studios.

Minko won’t name the minister, afraid he would be asked to leave the country if he did. He also assures me it’s only through his relationship with Prime Minister Hun Sen, anti-corruption minister Om Yentieng and Chinese/Cambodian mogul Oknha Suor Pheng that he has been able to achieve as much as he has.

“Corruption is the tragedy of greed led by 20 years of unbridled handouts by the aid world,” says Minko. “But this is nothing compared to the corruption found in the international aid world. Whites have set the agenda for corruption in this country. Some aid workers get paid hundreds of thousands of dollars each year to sip cocktails in fancy bars, drive fancy white four-wheel-drives and advance their own careers. Very little of so-called aid ever makes it to the people it was designed to help.”

“Chris is passionate and blunt and not afraid to speak his mind and that offends some people,” says Corinne Suor, Oknha Suor Pheng’s sister and a key donor to the volleyball team and its associated charities. “But there is no doubt that Cambodia has changed for the better because of him. He has such an enormous and beautiful heart. He made being disabled OK, a part of mainstream society.”

Minko was destitute after losing the donations given after the World Cup, so his friend, Australian nun Sister Denise, suggested he return to his roots in the music industry.

“In a very deep state of depression I wrote to the master of depression,” says Minko, who contacted Leonard Cohen via his manager Robert Kory, whose contact details he found on the internet. “I had been watching the movie Taking Woodstock, about the community of Woodstock and how they took a chance on life and created the festival. I thought f— it, went downstairs and wrote a very heartfelt email to Cohen about Cambodia and the state of disabled peoples here, then suggested he should come and do a charity concert. Two weeks later, I received a one-line reply from Robert Kory saying ‘Introducing you to Rob Hallett. He will work with you on Cohen’s Phnom Penh concert’.”

Minko’s eyes gleam when he considers the possibilities created by the Cohen concert, including gigs teaming Thai and Khmer bands that he hopes will soften the animosity between the two countries. He is also establishing disabled-people rock groups; the first, called Krom in Khmer (“The Group”), features a pretty lead singer suffering from polio. Their first single, Walk the Line, has been released and featured widely on Cambodian television. “The opportunities are endless,” he says. “I still wake up every morning and can’t believe it’s all actually happening.”

This article appeared in a September 2011 edition of A2, the arts and entertainment section of the Melbourne Age newspaper. 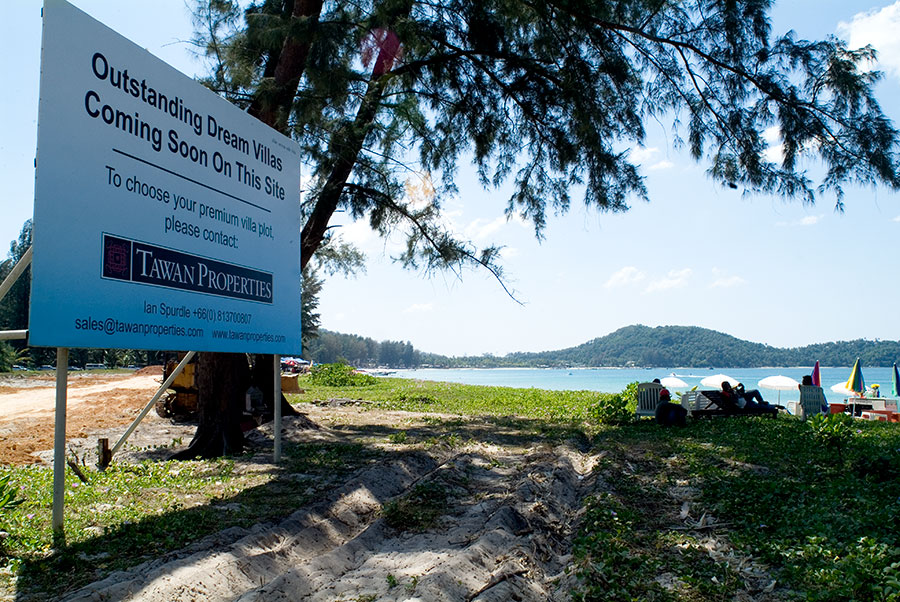